Trekking and the Common Lingo- Be Unconventional 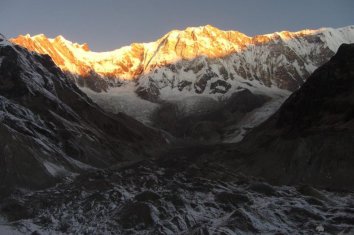 Ever heard someone who has been to Northern India, specifically the Himalayan range, and has returned saying “Well, it wasn’t much”? We dare you to find someone who would be so out of snap to have said that. The Indian subcontinent is home to the breathtaking Himalayan Range that spans across ten of the Northern-North-eastern states. What is more intriguing about the Himalayas is the opportunity it accords everyone to test their will against odds. It is a dream comes true for many of us to set afoot in the Himalayas. There is a specific notion towards the trekking experience many an Indian and people from the word over have so many fond and not-so-fond memories of. We have seen numerous fictional and non-fictional encounters in the current day that has its root at the trekking experiences of many world-renowned climbing teams, and people, per se.

END_OF_DOCUMENT_TOKEN_TO_BE_REPLACED

Karadimalai Camp for Children Camping for the First Time

Karadimalai is a small hill station located a top a linear hill range of the Eastern Ghats, approachable from Jholarpet / Tirupattur.  The sylvan setting at the foot of “Bear Hill” is where campers go on nature trails and trekking. Yellagiri, where the bird life is plentiful, is an  ideal spot for children to experience camping and trekking.

END_OF_DOCUMENT_TOKEN_TO_BE_REPLACED

Travel : Indulge in a Spiritual Trek to Sathuragiri Hills 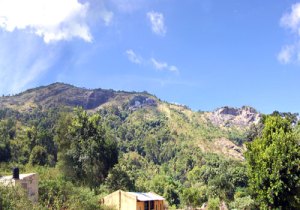 Sathuragiri (chaturagiri) is the place to be if you are looking for a spiritual journey trekking all the way up and down on a hill, a nature’s haven, uninhabited except for the ancient temples  and the siddhas living on the hill. The temples are  1000-2000 years old  and thronged by devotees from all over India.

The town is on the bank of the Arjuna River. There is a dam here for irrigation and agriculture called “Pilavakal dam” and it is one of the beautiful excellent picnic spots in this area.

Sathuragiri Hills is a must-see place if you are a nature lover.

END_OF_DOCUMENT_TOKEN_TO_BE_REPLACED

Coimbatore Beckons : Stay in the Forest, Enjoy Coracle Ride, Bathe in the Waterfalls

Name Coimbatore, Nilgiris and Ooty comes to our mind. Coimbatore by itself has a lot to offer for tourists and here we are covering it for you. Plan a trip to Coimbatore to be among tribals, go for a Coracle ride, eat tribal food and more.. Coimbatore Forests have something for your kids too. Read on..

Kovai or Coimbatore, is surrounded by the mountains on the west, and the reserve forests on the northern side. The entire western and northern part of the district borders the Western Ghats with the Nilgiri biosphere as well as the Anaimalai and Munnar ranges. A western pass to Kerala, popularly referred to as the Palghat Gap provides its boundary.

Because of its close proximity to the Western Ghats, the district is rich in fauna. Coimbatore is situated on the banks of river Noyyal. Many lakes and ponds were constructed near the river during ancient periods.

Places to see in the Coimbatore Forest Division

END_OF_DOCUMENT_TOKEN_TO_BE_REPLACED

The Chennai Trekking Club (CTC), founded a couple of years ago, is a non-profit volunteer based group of trekking enthusiasts who go out exploring mountains and jungles across South India during nearly all weekends of the year. This Chennai based group has currently more than 12000 members and is rapidly growing with 500 new members each month being the largest and most active trekking community in South India (members from all over South) frequently covered in the media.
END_OF_DOCUMENT_TOKEN_TO_BE_REPLACED

Where : Travel to the Rann of Kutch, Gujarat, and learn about its natural history

Where : Trek in the biodiverse mountain forests of the western ghats for a birdwatching trip