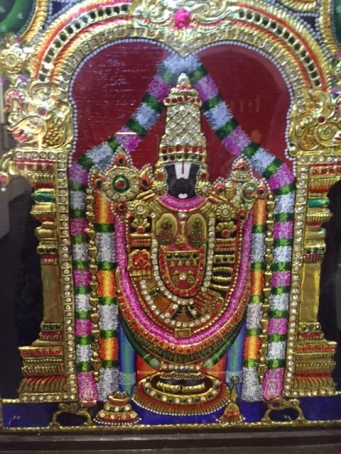 Gold plating / gold covering as it is popularly known has been a synonymous process with many of us in the late 70s and 80s when we wanted to own that classic piece of ornament which we could not afford in gold. I remember having a wonderful collection of temple jewelry, my priced possession for a long time. With the introduction of paste jewelry, the popularity and familiarity of gold plating has ebbed a little only to reinvent itself in different forms of application.

Ask about gold covering to elders, they will tell you how it has saved them from embarrassing situations while attending weddings and family functions. The process of plating is coating the base metal which can be brass, bronze and silver with gold in specific microns to give a golden effect and also protect the valuable artifact underneath.

END_OF_DOCUMENT_TOKEN_TO_BE_REPLACED

Tamilnadu has a rich history of culture and tradition that has evolved over centuries. Perhaps the famous depiction of Tamil culture is in the handicrafts of Tamilnadu. By ceaselessly promoting the various ethnic art forms, simultaneously preserving antique artifacts from Chola and Pandya dynasties by reproducing their replicas, Tamilnadu has become a world-known destination for visitors of art in search of fine handiworks of India, such as life-like Stone Sculptures, Celestial figures in Bronze, Brass lamps, Rosewood Carvings, Sandalwood Carvings, country wood Carvings, Tanjore Art Plates, Tanjore Picture Paintings and more.

per due or lost wax method. The icon is first made in wax and three layers of clay applied on the wax model which is then allowed to dry. When perfectly dry, the clay coated mould is heated over an open ground oven and the molten wax forced out through appropriate holes in the icons. When the mould is completely drained of wax, molten metal is poured into the mould and allowed to set. The mould is broken after a few days and the bronze icon emerges. Chiseling, detailing and polishing follow the process. The icon is now complete, the only one of its kind in creation.

The best bronze icons are still made in the old Chola Centres of Swamimalai, Madurai and Tiruchirapalli strictly according to Shilpa Shastra rules.