Join the Drive – Make Our Beaches Clean and Eco-friendly

A group of young men and women gathered at Elliot’s Beach on Sunday morning to initiate a waste disposal drive. More than 50 volunteers of Stella Maris College and Reclaim Our Beaches (ROB) group placed an art installation to create awareness on the need for safe disposal methods of various wastes.

END_OF_DOCUMENT_TOKEN_TO_BE_REPLACED

Posted in Ecological Restoration in Chennai

Only a few decades ago no one quite knew what to do with the sprawling  scrubland that is the Nanmangalam Reserve Forest (NRF) ,   but  not anymore.  It is all set to emerge as a nature lover’s preserve. Thanks to the nearly  Rs 3 crore  government fund, the state forest department is in the process of  finalising the modalities of  preserving the forest  . Topping the list is a plan to erect a compound wall around  a sizable portion of the now porous forest, which lies on the Tambaram-Velachery Main Road in Chennai .

END_OF_DOCUMENT_TOKEN_TO_BE_REPLACED

Posted in Ecological Restoration in Chennai, Heritage of Chennai

Pallikarnai Marshland From an Eye Sore to Nature Delight

The intervention by the state government to restore the Pallikarnai marshland has started yielding results and the sighting of migratory birds has improved in the past few months. Rare birds such as Comb Duck have started visiting the marsh and the bird population in the marsh has improved, according to environmentalists and ornithologists.

END_OF_DOCUMENT_TOKEN_TO_BE_REPLACED END_OF_DOCUMENT_TOKEN_TO_BE_REPLACED

Posted in Ecological Restoration in Chennai

Innovation in Waste Management – What it takes to Adopt this in our Chennai?

Here’s a good thing going to waste. Although it’s been three years since young K.B. Joy set up an eco friendly waste treatment plant  that the Kodungallur municipality (Kerala) has no complains about, no other local body seems interested in installing it. “They were perhaps sceptical because I told them it would be free of cost. All I want is the bio-manure produced by the plant which I sell to farmers and earn enough for its maintenance,” he says.

END_OF_DOCUMENT_TOKEN_TO_BE_REPLACED

Living near Pallikaranai, Nanmangalam, Adyar, Tharamani Areas? Look out for these Birds…

Despite severe urbanisation, Chennai continues to be abode for bird watching. Guindy National Park, Nanmangalam forest and Pallikaranai marsh are some of eco-rich spots. The Guindy Children’s Park houses a variety of birds in captivity.  The densely populated and highly-urbanised Chennai is a veritable habitat for bird watching and is not just a concrete jungle. It is a bird-watcher’s paradise.

END_OF_DOCUMENT_TOKEN_TO_BE_REPLACED

There is one big lesson to learn from the Arignar Anna Zoological Park, the ever-popular zoo in Vandalur, on the outskirts of Chennai: If there is a will there is a way.

Yes, the zoo has been able to maintain a plastic-free and litter-free zone in its environs. How is it able to achieve this? By stopping people at the very entrance and making them dispose of their plastic bags.

Word has also spread that the Vandalur zoo does not permit plastic within its premises and visitors seem only too willing to abide by that rule.

END_OF_DOCUMENT_TOKEN_TO_BE_REPLACED

Pongal celebrations were dampened in the city when a major fire broke out in the wee hours of the morning at the Ezhilagam Complexin Chepauk, Chennai on Jan 16, 2012.

A major fire broke out in Khalsa Mahal, part of the Chepauk Palace, a heritage building, destroying the offices of the directorates of Social Welfare, and Industries and Commerce, in the early hours of Monday. One fireman was killed and three others, including a Divisional Fire Officer, were injured when the roof of the 18th century structure came crashing down during the five-hour firefighting operations.

The fire, in which important government documents and papers were charred, was due to an electrical short circuit, suspect sources in the Fire and Rescue Services.

A fine example of Indo-Saracenic architecture, Khalsa Mahal was one of the two structures that formed the core of the palace, which was taken over by the British in 1859. In the 1960s, the Tamil Nadu government constructed the Ezhilagam complex, fronting the Marina beach, and located several of its offices there, including some in the palace buildings.

END_OF_DOCUMENT_TOKEN_TO_BE_REPLACED

As most of you know Madras now called Chennai is very populated. It is difficult to find parking space at several important places. High rising buildings are springing up all the time. It is a true metro in all the senses but Chennai also has several spots of semi wilderness. If marsh lands are left free and water bodies rae kept clean and free from pollution nature will attract birds and plants will also improve. Read on to know more about the eco spots.

END_OF_DOCUMENT_TOKEN_TO_BE_REPLACED

Nature has provided its best to us and it is time we think about preserving what has been bestowed to us. A small initiative can go a long way in restoring our pride, our pristine beaches. Let us join hands and make this initiative a great success.

END_OF_DOCUMENT_TOKEN_TO_BE_REPLACED

Chennai’s The Touch and Smell Garden

M S Swaminathan Foundation’s unique Touch and Smell Garden for the visually impaired was set up on the basic principle that it is not by sight alone that we perceive objects.From a distance it looks like an ornamental garden put there to break the monotony of the surrounding buildings. Swinging terracotta pots disgorge leafy vines, and lotus lined mini tanks glimmer in the afternoon sun. The narrow, neatly tiled pathways are embedded with smooth pebbles to show the three directions a walker may take. Every few feet a strip of red coir mat marks off the path. There is a central pergola with benches attached to its pillars. A picture-perfect piece of land set in the ordered, efficient beauty of the M S Swaminathan Research Centre in Chennai.

END_OF_DOCUMENT_TOKEN_TO_BE_REPLACED 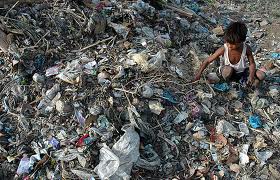 The Tamil Nadu Pollution Control Board has recommended that the state government set up polymer energy plants to produce crude oil from plastic waste at the Kodungaiyur and Perungudi dumping yards.

Everyday Greater Chennai produces 300 tonnes of plastic waste, which would yield 300,000 litres of crude oil, but it may not be immediately viable to set up plants to utilise the entire plastic waste.

The Bangalore Municipal Corporation has implemented a similar project. The PCB’s idea came from the experience of a private company called MK Aromatics which has been producing crude oil from plastic waste at its plant in Alathur on Old Mahabalipuram Road.