Copper chimney known for its traditional and authentic North Indian food has opened its new outlet in Phoenix Market City, Velachery, Chennai adding to the gastronomic journey of food outlets in the mall. Being an avid lover of Copper Chimney, we were happy when they opened their outlet in Ascendas IT Park. Now they have moved from there to Phoenix mall which is much closer and better for us. A sampling of their menu gave us an idea about the variety fare they have brought us with specialties in their own signature pattern. Here is a review of the food we had which was a full course meal beginning with soup, starters, main course and dessert.

Ab-e-hayat – light vegetable and coconut water soup flavored with turmeric and celery. It was refreshingly different, less creamy with a lovely aroma. 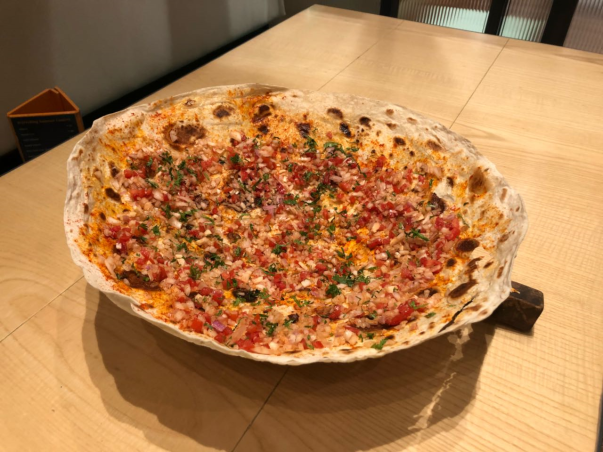 Kadak Roomali – handkerchief thin bread roasted on an inverted tawa and topped with selected toppings. Options were chilli butter, chilli butter masala and cheese masala. Cheese masala was a typical Satyam cinema popcorn cheese powder, but it was a bit dry when combined with the kadak roomali. Chili butter masala was good and our preference. A Copper Chimney specialty. 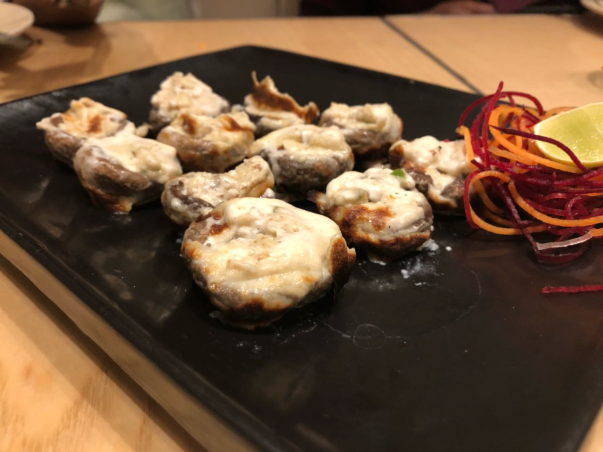 Char grilled cheese mushrooms – fresh mushrooms stuffed with cheddar, paneer and hint of pudina. Loved the layering in the tiny mushrooms making it as culinary masterpiece. A highly recommended item if you are not allergic to fungi.

Hung yoghurt tikki – Crisp on the outside stuffed with chili spiked hung yoghurt and cheese. We would have enjoyed it better if the chili was really spiked. Missed the spice and too bland except for the crispy outer.

Tawa Imli Aloo – Tawa potatoes that we happily relish as a street food in North India tossed in tangy and sweet chutneys. Here too, the tangy and sweetness did not get the binding spice, the bit of chili rush, to make it awesome.

Chelo Paneer Tikka Rice – This is from the Irani cuisine. It is special to Copper chimney and combines signature paneer tikka with basmati rice. It tastes great when we consumed it with the paneer tikka. Absolutely new tasting. 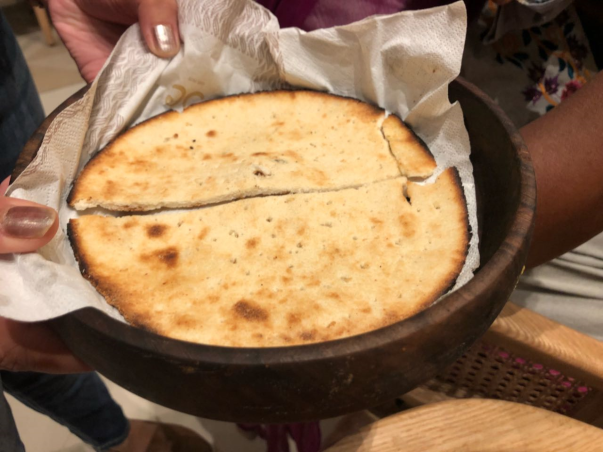 Kasta roti – It was like a biscuit, tad sweeter, evenly done with lot of ghee. Kids will love it. 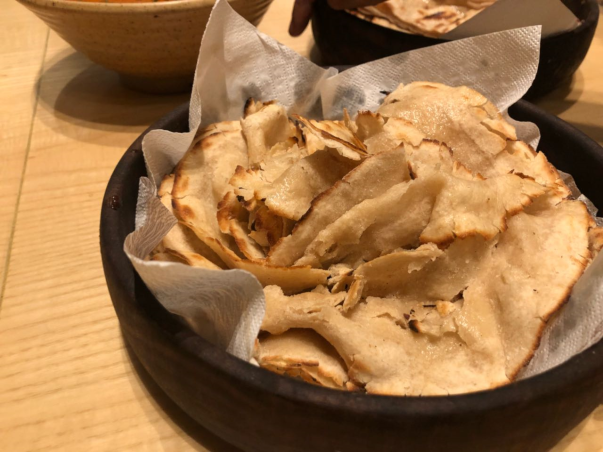 We had chura paratha – layered Indian flat bread baked to crispness in Tandoor and hand crushed with a smoky flavor. Loved the rim that had a crunchiness and the soft ghee laden interiors.

Paneer masala – This is a Copper chimney special which has remained unchanged since inception four decades ago and it lived up to its legacy. The masala smell was fresh and unique, and the cottage cheese soaked in it. 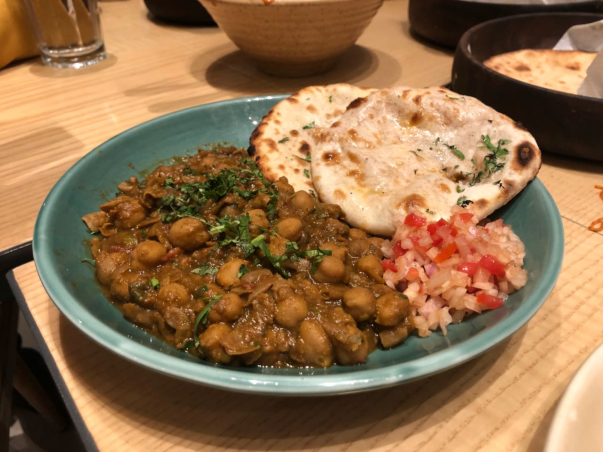 Bazaar ki Chole -chick peas soaked in a infusion of tea leaves and home made chole spice mix cooked street style in a tin can flavored with anardana crushed and served with stuffed potato kulcha. A must try item if you want to feel the street food of Punjab.

Almond Phirni chikki crumble – Chilled rice pudding with crunchy chikki. The rice pudding on its own was creamy and awesome. The chikki was not roasted enough and gave a raw taste and the strawberries in the dressing was sour.

Finally, last but not the least, a host of thirst quenching beverages including mango lassi and masala chai