We had a long pending visit to Ujjain and Omkareshwar and since young when I studied history, Ujjain has always enamored me.  So finally, we decided to make it and our travel began with train tickets to Bhopal and travel in car from there on a round trip to Ujjain and Omkareshwar. One hard lesson we learnt is never trust cab services of Ola or Uber on a weekend. It took 45 minutes for us to get a vehicle to Madras Central and thankfully for clear roads and green signals, we would not have made it to our train on time.

We have been hearing so much about better services in long distance trains and to utter disappointment, Tamilnadu Express food remained the same as we have seen few years back. The only solace was cleaner toilets. We reached Bhopal at 8.30 PM the next day and stayed overnight at our friend’s place who won us over with their hospitality.  Our friend suggested that we visit Kharjana Ganesh Temple in Indore on the way to Ujjain. The temple is maintained by volunteers and is a very famous temple in the area.

We left Bhopal around 7.30 AM and on the highway, stopped for breakfast. It was a complex with many small joints and we took 2 plates of Poha, 2 plates of Jalebi, 1 plate Dhokla, 2 Vada (Costliest at Rs. 50) and Tea. It cost us Rs. 170/- for the entire breakfast. We could see fruits and vegetables from the nearby farms sold on the roadside. 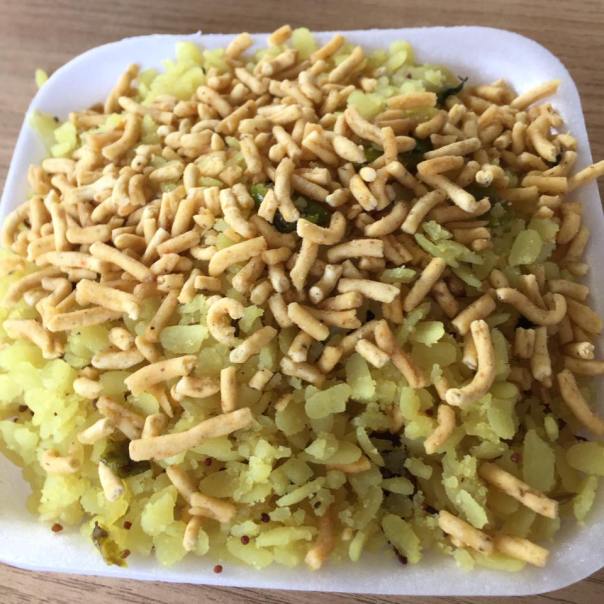 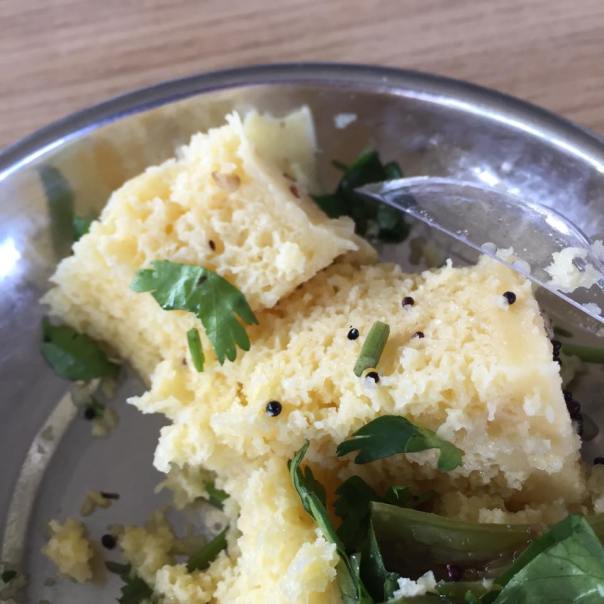 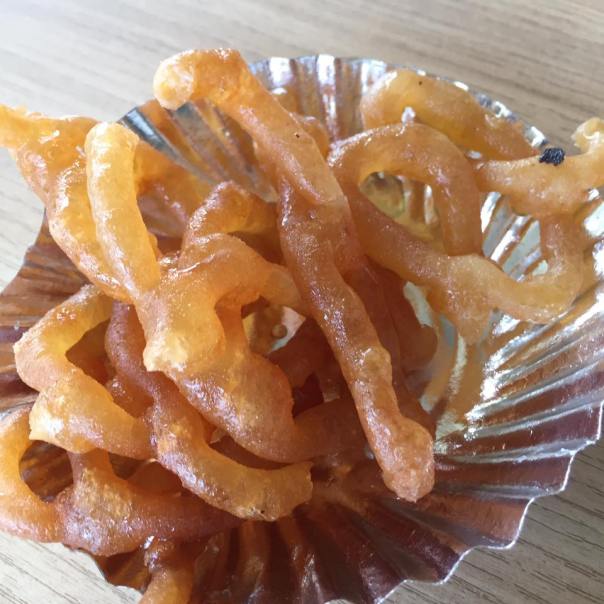 We reached Khajrana Ganesh temple around 11 AM and it was a pleasant experience seeing temple lined up with mothi ladoo shops because that is his preferred food. From Indore, we left for Ujjain and the travel was pretty much smooth and reached Ujjain around 2 PM. 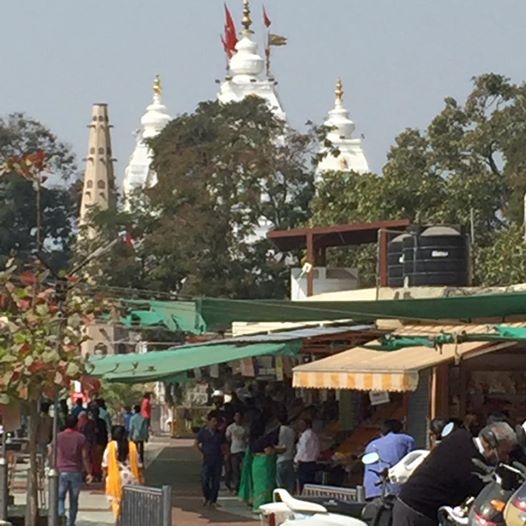 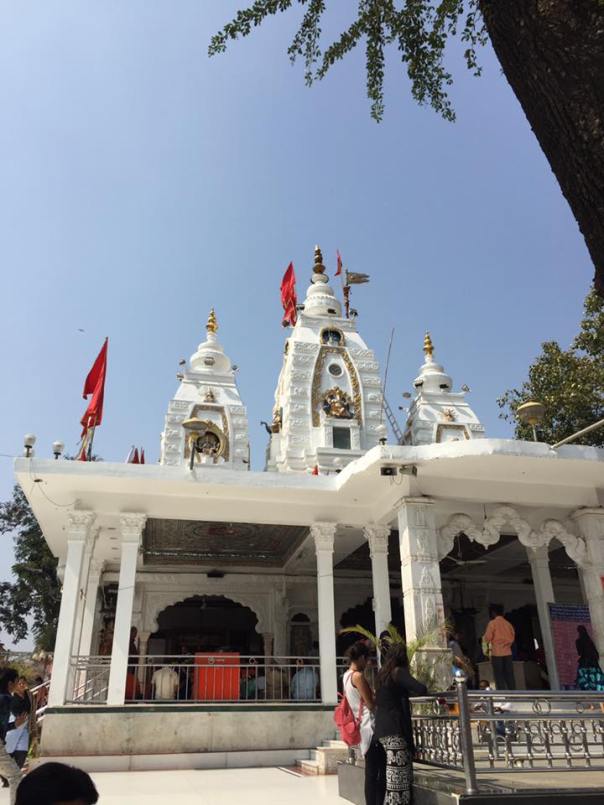 We checked into Gujarati Yatri Nivas run by Sri Gujarati Samsthan at Nayi Sadak in Ujjain. The yatri nivas serves Gujarati Vegetarian unlimited food at Rs. 70/- (lunch) and Rs. 60/- (dinner).  Poha is the only breakfast item and tea is available in the morning and evening on demand for Rs.10. No room service, both non-ac and ac rooms are available. We got a double bed ac room for Rs. 800.  Rooms were available for as low as 90/- which we got for our driver to stay and large rooms / dormitories for group stay.  The room had basic amenities with TV, clean linen and well maintained.  Hot water is supplied by the assistants and rooms have western closets.

We visited Bhartruhari caves, Kala Bhairav temple, Gad ka kali temple in the evening.  Bhartruhari is the brother of King Vikramaditya and he did his penance in Bhairav parvath.  It is maintained as a cave and we have bend to move into smaller spaces to visit the caves. Next we reached Kala Bhairav temple and there is also a Pataal Bhairav temple where we must squeeze ourselves to go into dark steps leading to the underground self-developed Bhairavi temple.  It is an experience not to be missed. Gad ka kali, the Supreme mother who blessed Saint Kalidas is so divine with her pretty child teeth in gold and we found it difficult to take her face off our mind. 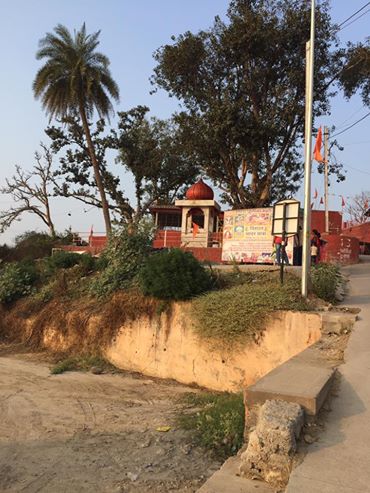 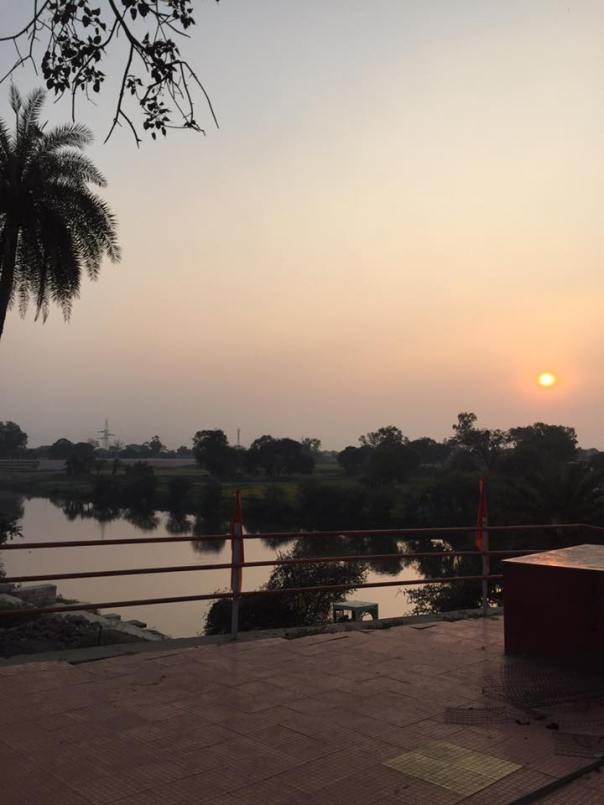 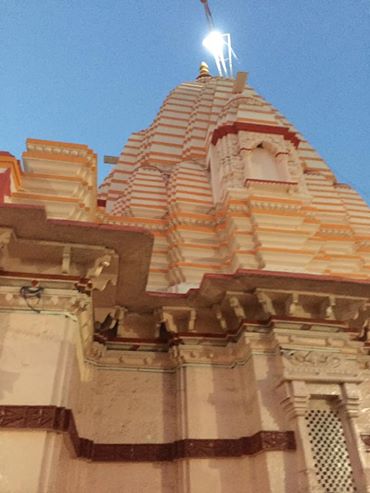 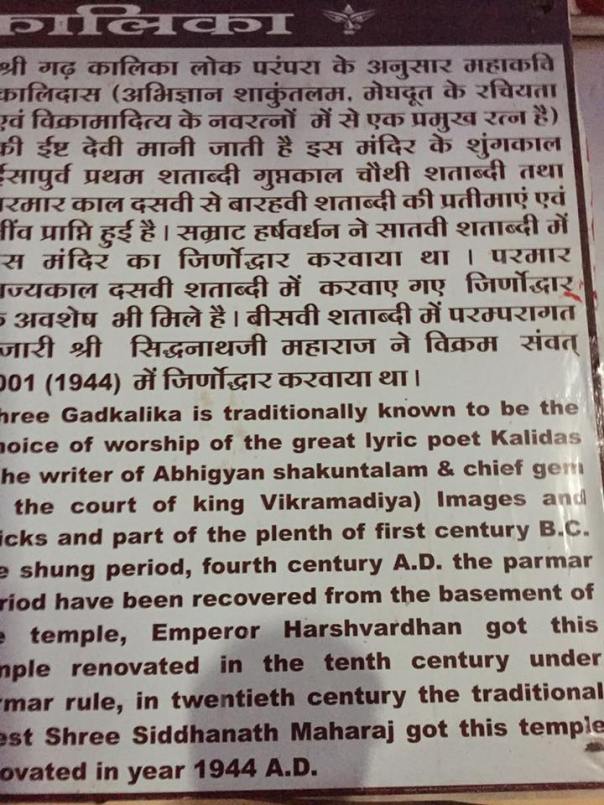 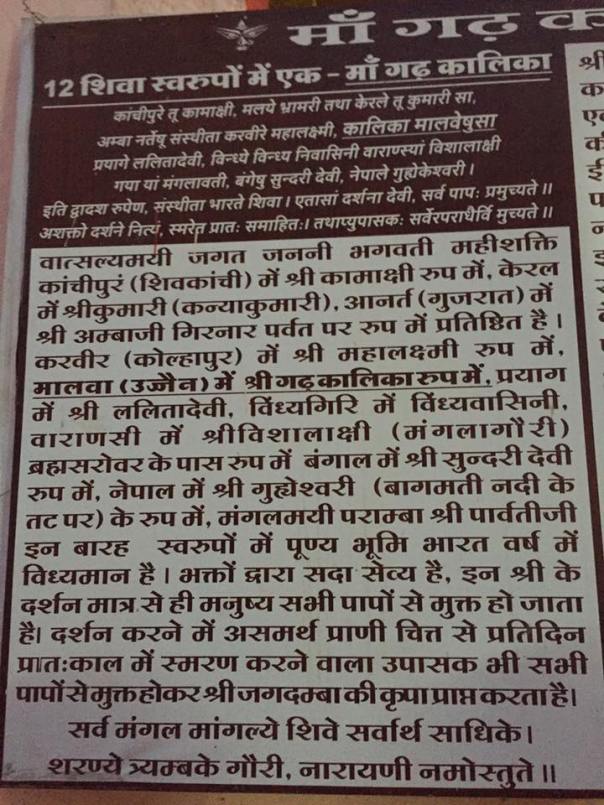 The next day early morning, we had booked for Bhasma Arati at Sri Mahakaleshwar temple and we were told we must be in by 3 AM, during festive periods, people throng as early as 1.30 AM. Specialty of the Temple is the jalabhishekam, Abhishekam, Alankaram and the Bhasma Arati. People can do Jalabhishekam by entering the sanctum sanctorum at 4 AM sharp and if you are early and lucky, you get a chance.

MP tourism has made it easy to book for the Bhasma Arati online through http://dic.mp.nic.in/Ujjain/mahakal/default.aspx  – Bhasma Aarati is Free – No payment required.  The earlier the better because the number of people is limited to around 300. If you book earlier, you might get Nandi hall which gives you a much better darshan. You need ID proof for one in the group and ticket should be taken for everyone viewing the Bhasma Arati with photo.  Do take a paper copy of the tickets with you.

We were lucky enough to do jalabishek and also had the blessings to view the entire proceedings from 4 AM to 6 AM and it is a experience which cannot be explained by words. If you are planning to go to Ujjain do not miss the Bhasma Aarati and its out of world experience. We later visited Ram ghat, the place where Kumbh mela takes place (Kshipra River) and we could see many ancient temples like Kumbakonam. Then we went to Harsiddhi Matha temple (shakthi peetam) and Chardham Mandir.  The temples here do not have much of other sannidhis and so it takes hardly 30 minutes if crowded to have our darshan. 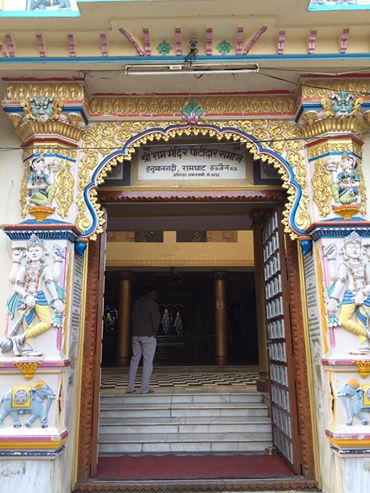 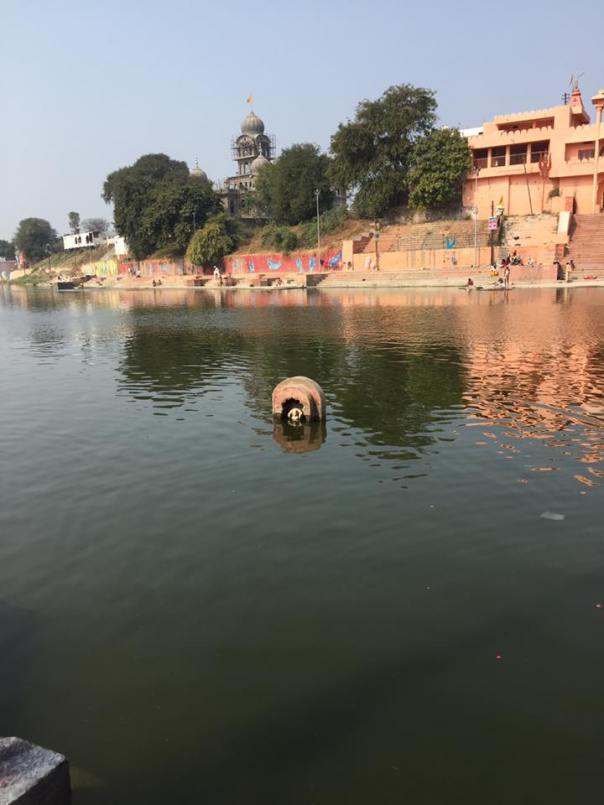 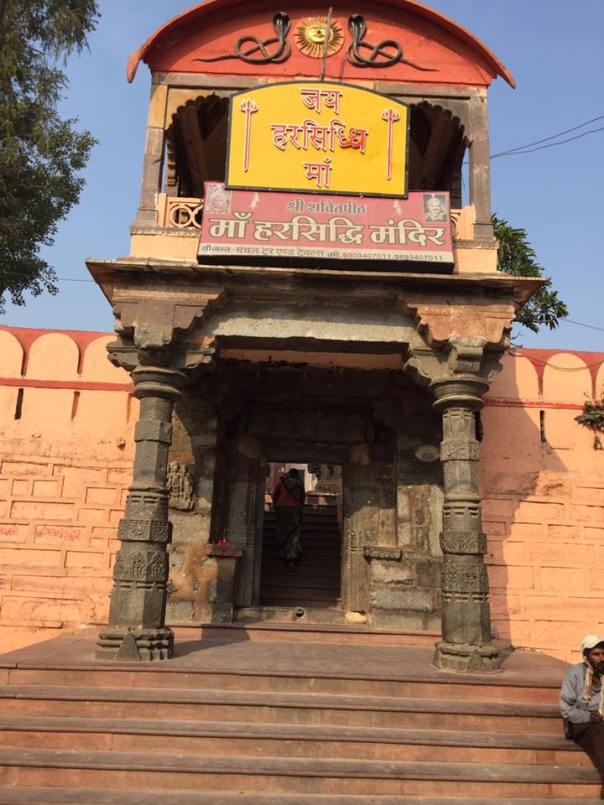 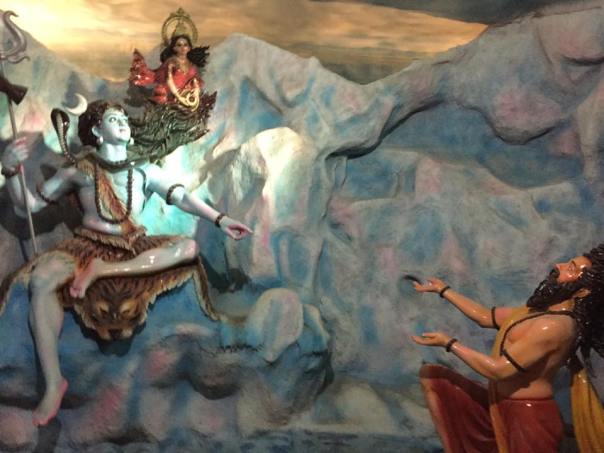 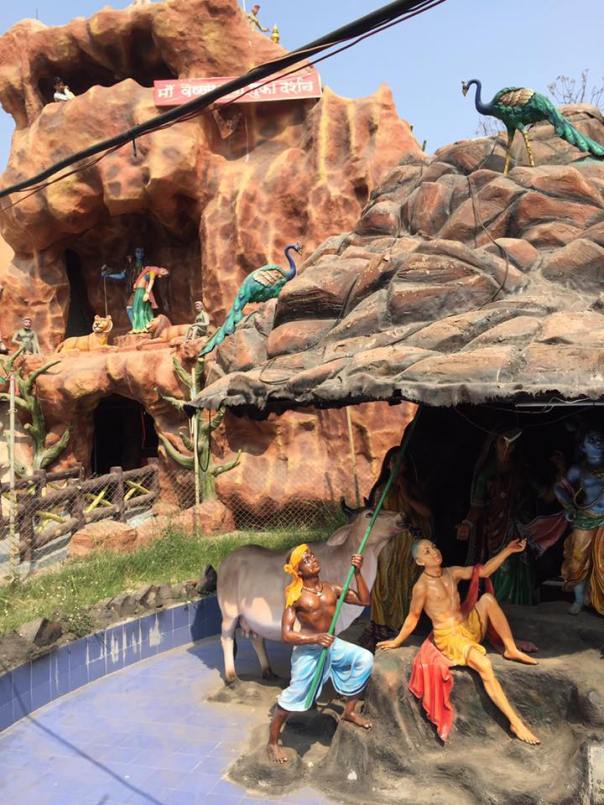 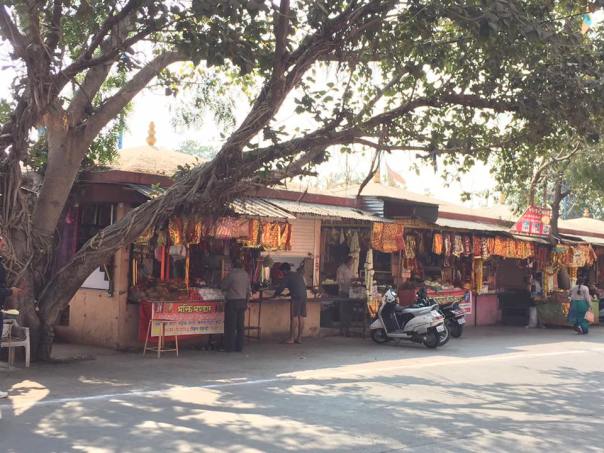 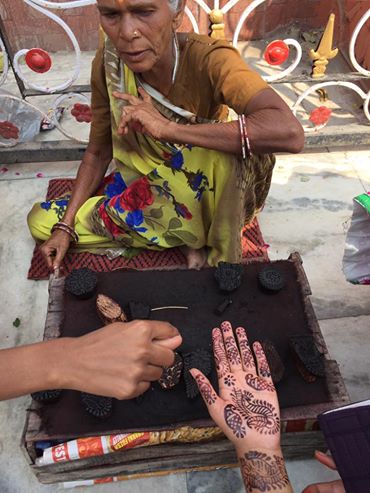 That evening, we went to Mangalnath temple (Ujjain is the birth place of Mars) and the temple is huge. People do pariharam here.  Then to Sandhipani Rishi Ashram where Lord Krishna, Balarama and Sudhama did their Gurukul.  There is a 6000-year-old Shivalingam prayed by the students and there was a magnetic effect that kept me sitting next to him for an hour or so.  People call this temple priest to get blessings before crucial exams and the priest prays for them.  The kund called Gomati Kund can challenge any wonder of the world and it was locked. It had less water the time we visited and we were told it fills up during July/August. 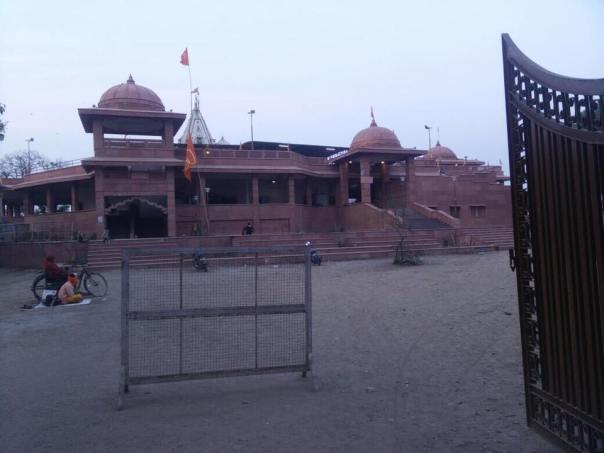 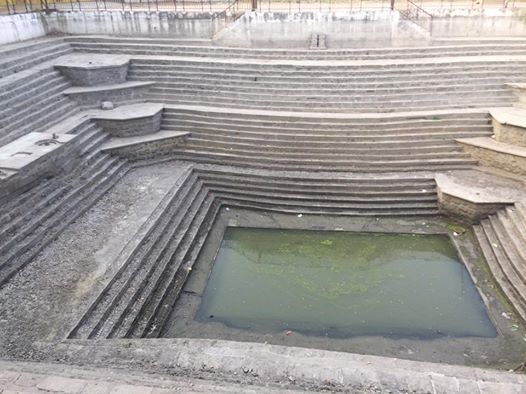 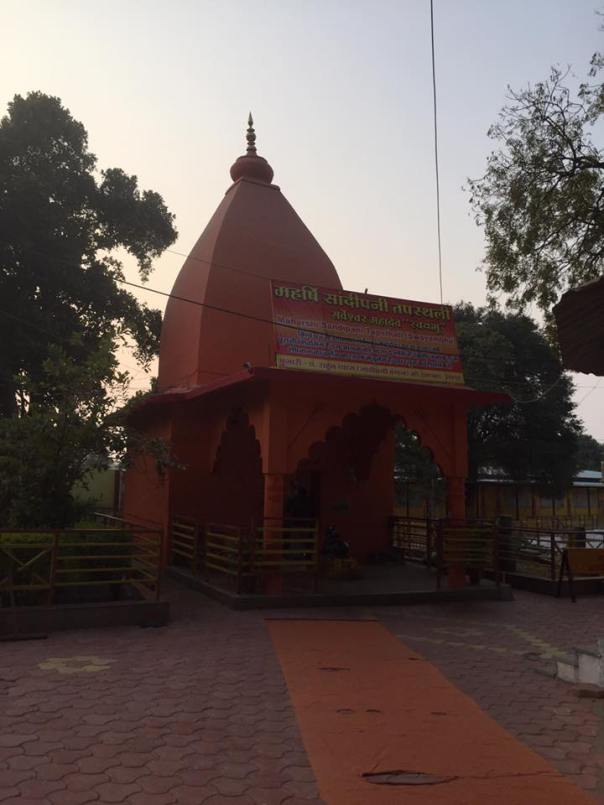 We visited the SiddhVat temple where we saw a banyan tree supposedly planted by Parvati Devi. Archaeologists could not find out the age of the tree and there are many temples around it on the banks of Kshipra river.  Surprising factor is buildings have come up now and now n then you can see a board says ancient cave and you enter a building which suddenly leads to old steps and a temple beneath. Ujjain can be best described as a city of underground spiritual treasure.   Then we went to Chinthamani Ganesh temple where we can see self-developed 5 forms of Ganesh. People tie ropes praying for their need and must come back and offer ladoo once it is fulfilled.  Ujjain seems to be the place for marriages. We saw about 7 to 8 Bharaat the same day. 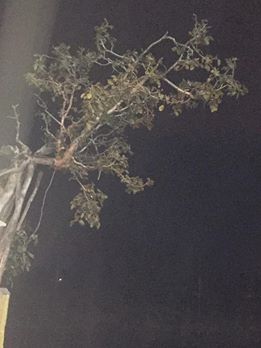 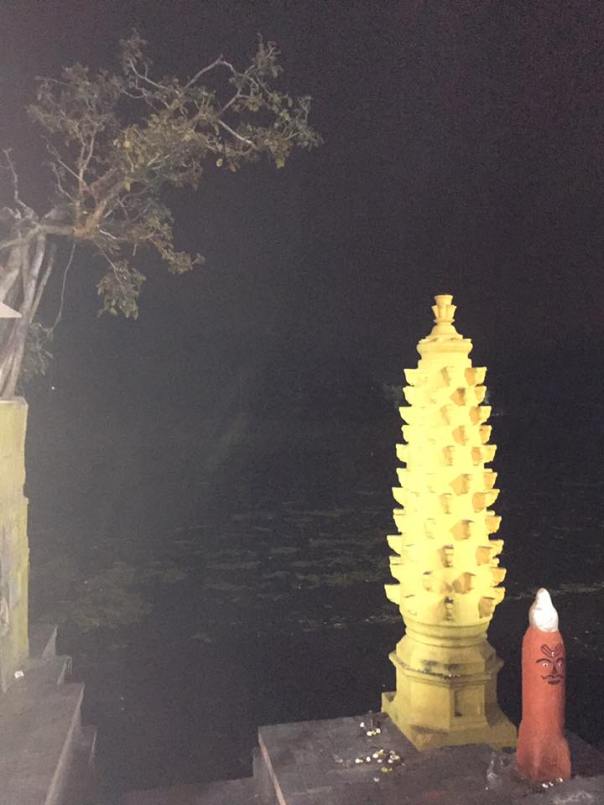 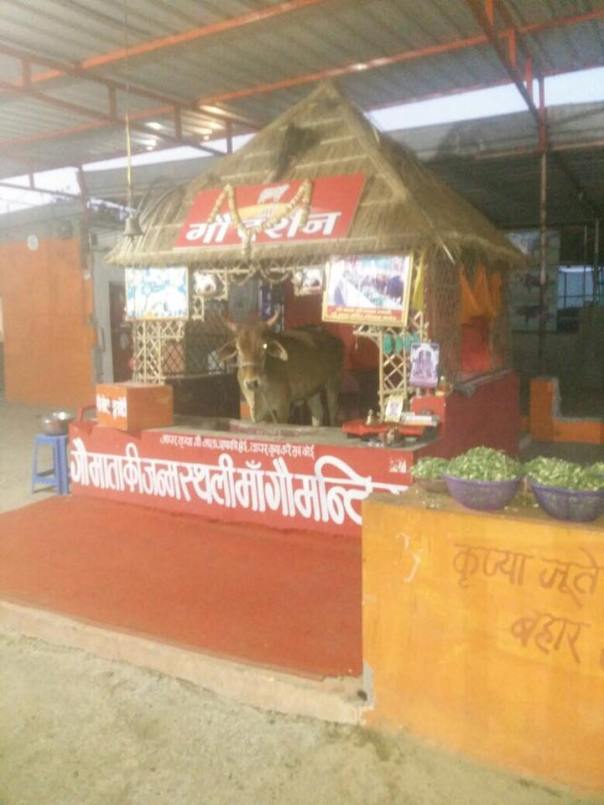 The next day morning, we went to Bade Ganesh temple, a Huge Ganesha said to be 1600 years old and 5-faced Hanuman temple. The temple was vibrating with Vedic hymns and it was certainly a soul stirring experience.  We could see Vedic teachers teaching students in every temple and dedicated recitals vibrating in the temple.

We stuck to the Gujarati Samaj food for breakfast, lunch and dinner and tried Pani puri, Dahi puri and sugarcane juice in roadside stalls.  Food was cheap and we got Pani puri around 20 pieces for 10 Rs.

First time, we found Rs.10 as a valuable currency note which could mean much to people. Local or from outside, vendors did not bother to hike up price or show extra interest in selling goods. We saw many Bos Indicus , native breeds of cattle all around in Ujjain reminding us of those days when cows grazed near our homes.  Ujjain has its own share of vegetable and flower farms; we could see it amidst the city. A plate of flowers with Bilva leaves comes at Rs.5 and with Prasad and coconut at Rs.15. we could not believe our ears and utilized the opportunity to offer as much as we could in all the temples.

We had not yet had enough of Ujjain but it  was time to leave for Omkareshwar.