The Story Continues from Chapter 5 – The View of The Unknown Written by Gowthama Rajavelu.

Priya could not digest the fact that her mother actually disappeared into thin air. It somehow did not leave a feeling of pleasantness in her and now everybody around her felt eerie. The warm lighting she saw earlier in the beings now seemed scary and weird.  Why would her mother show up to disappear later?  Is this her mind playing games or did this really happen? Priya wondered as she turned around.

Deb walked over to her in slow strides and pulled her back to her room.  She said “Get going girl, your coronation is out to happen now!  Everyone is waiting and each minute is precious for us”.  Priya could neither enjoy the feeling of becoming a “Queen” nor get over the awkward feeling of being among those with whom she could not relate much.  Egged by curiosity, Priya asked Deb, “I am yet to understand why I am here and how this throne belongs to me?”  Deb with an awkward smirk said “Belong?  This is the biggest joke I have heard recently. It is yours only for a day and this is how we celebrate a new addition in our family”.  Deb added “Everything you see here is mere illusion, happiness and celebration inclusive. Get ready now it is getting late”.

Priya’s world gave up under her feet once more. Did she hear things right?  Can Deb be trusted?  Vas, Gop, Nachi, Chi-Chi cannot be a figment of her imagination.  It just occurred to her that the whole episode has been a surrealistic experience.  Many questions propped up in her mind – What happens to her after the day of coronation? Why should she be made a queen for a day?  Just then she saw Deb move out to talk to Nachi.  She asked Nachi to take her to the courtroom and left the place in a hurry.

Priya could hardly control her urge to ask Nachi about the coronation when she heard Vas and Gop speak near the window.   Gop said in a serious tone, “It has been almost 3 weeks since we crowned anyone. We must be more careful this time. We already lost the crown once.  If not for Deb, we would not have got the crown back. It is getting late, Let us go”.  Priya could smell something fishy but she just could not tie any of the happening together. 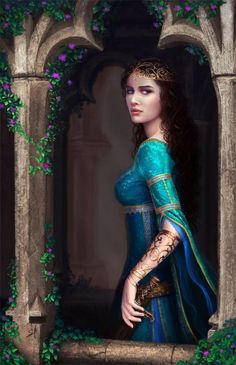 It was a celebration of absolute grandeur as Priya dressed in Queen Clothes and decked with fragrant flowers and best jewelry walked the red carpet flanked by the similarly dressed beings, elves, gnomes, druids and few of those that resembled fairies.  The tentacles were dancing around to drum beats throwing various hues on the wall as it illuminated the Courtroom. As Priya walked to the throne, she was constantly reminded of the words of Deb and Gop.

The long corridor gave much time for Priya to connect with the happenings after she met Vas and Gop. Pulling herself to reality, she saw she was nearing a giant sized mirror. It suddenly struck her that she never found any mirror anywhere in the place.  Her fantasy took over pushing back her thoughts of concern and worry to childish excitement.  She wanted to see herself as a Cindrella or Snow White in her attire today but she was in for a rude shock.  She stood in front of the mirror but she saw nothing.  She wiped her eyes and saw again. The mirror looked as clear as a clean slate. 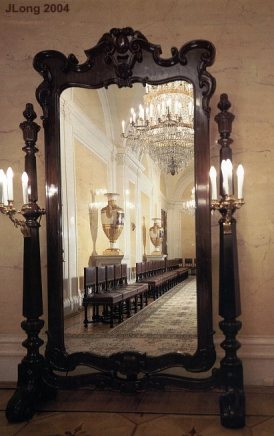 She let out a shriek and turned around but everyone around was busy in their work and nobody seemed to have heard her.  She got pulled back into the center and she continued to walk in the procession absolutely dazed. 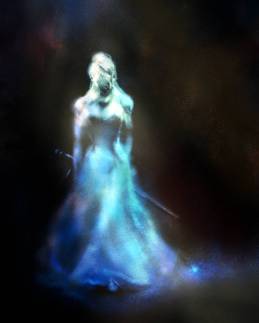 For the first time, it dawned on her that SHE WAS ACTUALLY DEAD.

This post is a part of the “Tagged” contest organized by writer Kaarthika and the Chennai Bloggers Club.  The book, “Tagged” by Kaarthika is releasing on May 29 in Amazon.