Cricket Watchers League, Are you in it?

Cricket, the word that unites Indians irrespective of religion, caste, and creed is more a cult than a sport. My association with Cricket goes beyond generations and the seed of Cricket was embedded right in when I was small where I used to watch my uncles walking with transistors so tightly held close to the ears and it resembled people walking with mobiles nowadays, the only difference is they were good at the art of listening while here it is a two way conversation (so it should be!). In those days, a transistor in a family was a luxury and the one who gets at it first in the morning gets to hold it through the day and it was fun seeing others trying to put their ears on it and few others walking behind waiting for a chance to grab it in case it is put down, and it never happens because it is the most prized possession.

Now and then, a yell would make everyone run to him and an excited shout would mean a four or a six or an Out otherwise. It was only 5 days match then and so the fun prolonged for 5 days and discussions on the performance led to heated debates, ones that emphasized on bad shots, irresponsible batting on innings defeats or accolades on the century and wins then on till the next match or series started. 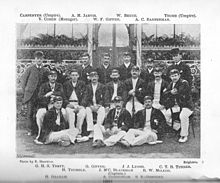 Used notebooks turned out to be albums and book of records with every photo in the newspapers were cut carefully and pasted on pages. Scoreboards were copied and written with personal comments on the performance with date. When I look at the album today with those purple color pages, it brings in so many memories and all those finer moments and fun we had those days.

Growing up in such a family, I learnt to enjoy Cricket in my childhood days when my uncle taught me various field positions, difference between fast and spin bowling, ways a batsman can get out and what not.  With the introduction of Television, Cricket matches meant togetherness and jolly family time. It was quite difficult for working people to dedicate 5 days at home and so we wished few of the matches spill into Saturdays and Sundays. My uncle posted in Madurai used to travel home to be with us for the match and rushed back on Sunday night. It was a sort of celebration and it maximized when One day matches were introduced. It started the trend of putting leave to watch the match. We had fun inventing reasons to be off work and I still think this was the basic storyline of Golmal starring Amol Palekar, remade as Thillu Mullu starring Rajnikanth.

Now with T20 matches, living room excitement reaches crescendos and when the league ends, we feel a vacuum as each one of us return to our routine life. Traffic congested roads are comfortable to ride if there is a match going on. Marriages, events, functions are rescheduled to make sure it does not fall on the day of the match. Even film releases take this into consideration these days. People do not hesitate to buy children merchandise of the favorite team to wear when the match is on, even though it is watching from home. Check out Facebook and Twitter and you will know what Cricket means to India. See the queue waiting patiently to buy tickets for the match anywhere in India; you will understand Cricket is in every Indian’s blood.

Cricket has seen variations but its fans have only increased with every loving family generating younger people into the league. This is Cricket Watchers League. If it is Cricket match, all other serials go off air in our living room. Indian Cricket has seen its own list of ups and downs in form of match fixing and so many other issues but the game of Cricket will always live ON.