← Know about Zumba, a Fun Way of Working Out for Young and Old
Blood Moon – Lunar Eclipse on 4th April 2015 → 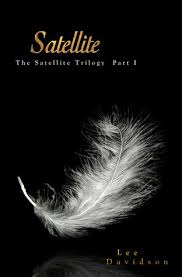 I enjoyed Satellite: Satellite trilogy very much. This book, Part 1, is the story of a dead man, Grant Bradley who is still not able to digest the fact that he is in a place called Progression aka After death world, far away from his fiancée Tatum Jacoby. He is perplexed to learn that he is chosen before his birth by the scheduler to become a Satellite, whose job is to take care of a person living on earth and save them from the wrath of their own decisions.

Grant is not really in the mood to help someone else to live well when his own life has come to an abrupt end. His mentor in the after world is the eccentric and merciless Willow who makes Grant hate the after world even more though he softens a little bit later.

Grant also has to face a different problem that has not been faced by any other Satellite. In spite of the fact that he feels a little out-of-place, He manages to wow his seniors and becomes a Satellite much before his batch mates. He feels that the life of his tragedy or the person he has to take care of, Ryder is very much different from his life but finds that both of them underwent the same kind of pain.

Grant is not able to accept that he can never make a life with his love and tries to maintain a connection with her but fate has other plans. His struggle to cope up with this new drastic change in his life and accepting the fact that he can never go back to his Tate is what the story is all about.

Different characters woven perfectly into an exciting and thrilling paranormal story line with a subject that has not been dealt every much before, Life After Death, makes this book a must read for fantasy lovers. The second part of the trilogy is also out in the stores and would love to read it.

* Chennai Focus received this product in exchange for its unbiased review. Chennai Focus was not compensated for the review and all opinions are respective reviewers own opinions.

← Know about Zumba, a Fun Way of Working Out for Young and Old
Blood Moon – Lunar Eclipse on 4th April 2015 →