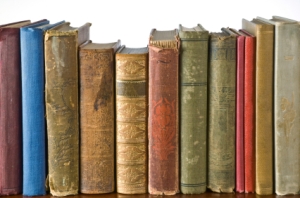 If you were to stop by the Chennai Book Fair at the St George’s School grounds, it would be difficult to miss the pavement on the opposite side of Poonamallee High Road. Welcome to the world of the ‘other’ book fair. Bringing the glorious tradition of providing Chennai’s readers with second hand books forward again, close to 20 booksellers from their Mount Road and Moore Market outlets, have spread out their collections outside Pachaiyappa’s College. “We began a day before the book fair and will wind up the day after they clear out,” says Nagesh, a book seller specialising in fictions, with pride.

With the best of the literary world at throwaway prices , as low as Rs 20 for a slightly dog-eared Dan Brown or Sidney Sheldon, this is perhaps a crowded piece of heaven. At 71, Vaidyalingam, the oldest vendor on the strip has christened it, “The Other Book Fair”. He recalls, “I had set up shop outside the fair first over 20 years ago. That was outside the Government Fine Arts College where the Book Fair originally was. And now, I have followed it here.”

The elderly vendor goes on to claim that after a four-year break, he only returned this year “because colleagues said that the book buying crowd was very large this year”. Business isn’t great for him, he reveals, considering his stock of heavy duty ‘imported medical texts’ priced between Rs 250 and 300.

Piles and piles of popular titles stretch out like a candy shop for a long stretch of pavement. Sydney Sheldon, Tom Clancy, John Grisham and, for the light readers, Tinkle comics and Panchatantra are heaped on display, as well. It appears that the crowds of people who frequent ‘the other book fair’ come from no particular age group, as students and bespectacled middle-aged women shop side by side. This is a given when one spots JAVA programming textbooks surrounding a section of romance novels.

Almost at the end of the pavement is a waiting surprise – hawking a bevy of books titled Kaadhal 2023 is author V Kasi himself. A first-time struggling writer, whose work has been published after 10 years, he says that with no support for Indie authors, “sales and promotion have to be done this way!”